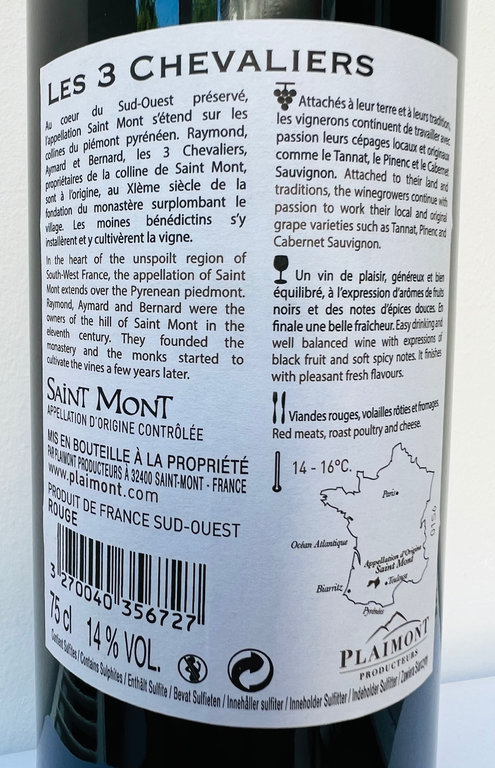 plus delivery
In stock

A hidden gem of a vineyard found in South West France...

Midway between Toulouse and Biarritz, the Saint Mont vineyard is situated in a land rich in history and dotted with picturesque villages and Romanesque churches, bearing witness to times gone by. Its vines can be found where the two main Saint Jacques de Compostelle routes cross. The Saint Mont vineyard dates from 1050 when the Benedictines founded the Saint-Mont monastery. Pilgrims heading along the Saint Jacques de Compostelle route spread the reputation of the wines of this area.

Nowadays known as the vineyard of the South West and bordered by the nearby Pyrenees, the Atlantic Ocean and the Adour valley, this appellation offers a distinctive palette of colours and styles and a character as resilient as its growers!

This ultra-reliable winery, which has an admirable focus on polishing the finer characters of the region's local grapes, consistently produces wines of character and charm.

A great example of a non-supermarket wine here, rare anywhere in the UK and circa £10 on 2 other UK Wine Sites