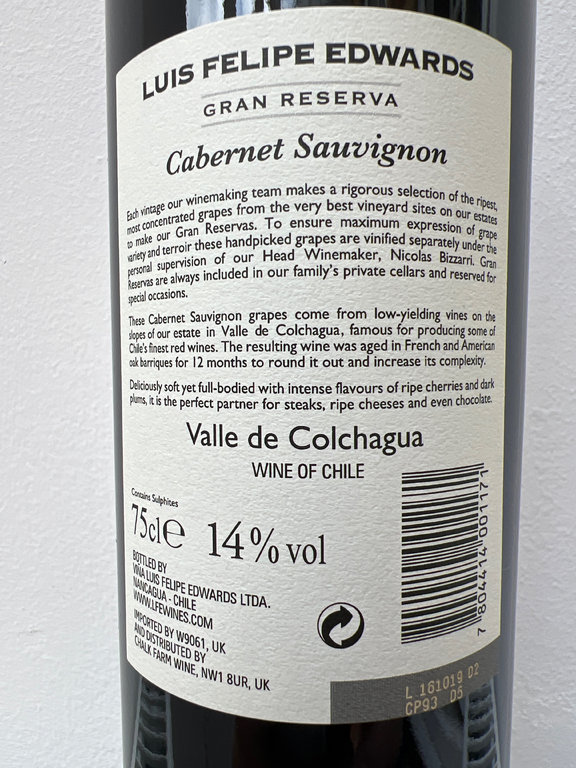 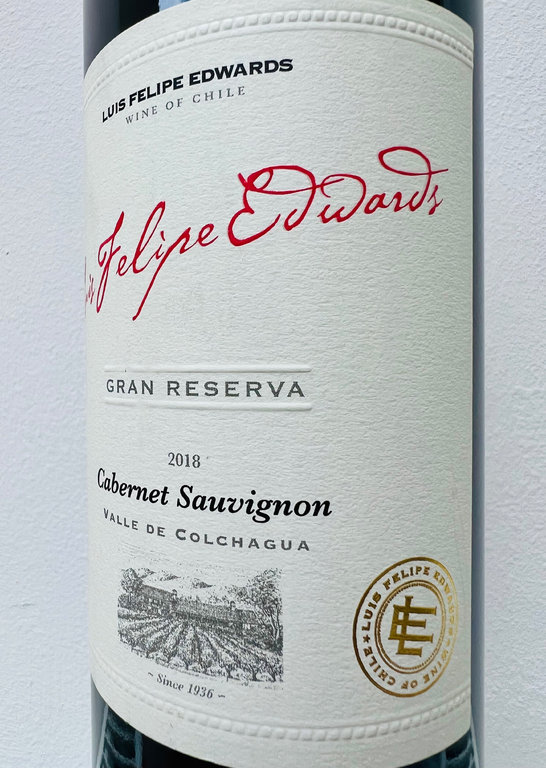 plus delivery
In stock

At the beginning of the 19th century, a London-born doctor left his ship and settled in La Serena, Chile’s second oldest city. His grandson became the first member of the Edwards family to make wine in Chile’s ideal environment for growing grapes, and thereby founded a family tradition that flourishes to this day. In 1976, his descendant, Luis Felipe Edwards Sr, purchased a large estate at Puquillay in some of the best viticultural land in Chile’s Central Valley. Thus began the latest chapter in the family’s winemaking story. He restored old vineyards planted in the 1930s and early 1950s, introduced several new grape varieties and eventually built a winery equipped with the latest technology to make and bottle wine under his own name. Today, 100% under the family’s control, the company exports to over 50 countries. Viña Luis Felipe Edwards is recognized worldwide as one of the Chile’s leading producers, with a range of high quality and award-winning wines.