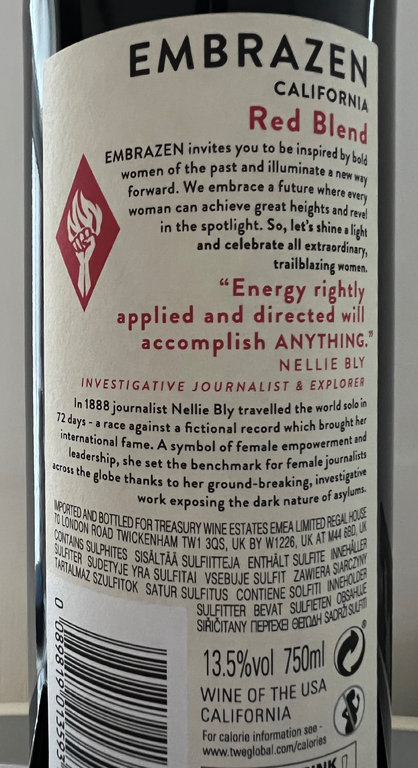 Exploring the greatest female achievements of the 20th century, Embrazen Red Blend 2017 celebrates journalist and explorer Nellie Bly, one of the first female journalists to go undercover. Posing as patient in an insane asylum, she braved abuse and torture to expose the dark truth behind the padded walls and sparked a nationwide mental healthcare reform. As a world traveller, she set out on a race to tour the globe, beating Jules Verne’s Around the World in Eighty Days by over a week. Inspired by Nellie's courage and audacious character, this nuanced, revolutionary Red Blend is bright, intense and bravely bold!