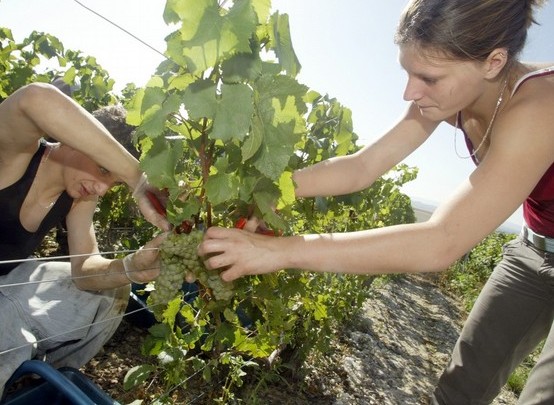 France is without doubt the spiritual home of wine, and still ranks as number two in worldwide production. Whilst it could be said that French wine rested on its laurels and its reputation for too long following the initial growth of New World wines some 10-15 years ago, it can also be argued that winemakers in France have since come out fighting and are producing many wines to match those from the New World.

The dichotomy for France, as it also is for Italy, is that its Appellation system is based on regional names, which in the modern world of wine being labelled as varietals is confusing for newcomers to wine. This fairly rigid system whilst safeguarding and enhancing the reputation and standards of its wines, has the counter effect of restricting experimentation by winemakers. Thank goodness for the Vin de Pays system which enables winemakers to make wines from previously unallowed varietals. However some of the major Appellations have taken this problem on board, and now you will find the words “Pinot Noir or “Chardonnay”, for example, listed on many Burgundy labels.

French wine though is synonymous with its Appellations, and wines such as Bordeaux, Burgundy, Beaujolais, Chablis, Champagne, Côtes du Rhône, Sancerre, etc etc are quite rightly known and respected throughout the world. The new exciting wines however are those produced under the Vin de Pays banner, though yet again here there are restrictions on varietals, and many top-quality single estate wines have to be labelled with the lowest classification, such as Vin de Pays d’Oc for example. Forward thinking French wine makers are also producing wines from many of the less well-known grape varieties, and this fits in with binendwines’ philosophy of finding slightly different wines.

If you’ve been put off French wines by confusing labelling, or stuffy wines, then look again. Check out some of these wines listed below, read my reviews, and enjoy.